Southampton have been preparing for the biggest European night ever at St Mary’s, as Serie A giants Internazionale visit the south coast ahead of this evening's UEFA Europa League clash.

When the two sides met at San Siro a fortnight ago, Antonio Candreva’s second-half strike secured a 1-0 victory for the hosts and blew Group K wide open.

But pressure intensified on Inter boss Frank de Boer given his side’s Serie A struggles, and the Dutchman has since been replaced in the hot seat by former Carpi coach Stefano Vecchi, who takes caretaker charge against Saints.

Claude Puel’s team are currently third in the group behind Sparta Praha and Hapoel Be’er Sheva, but victory would see them climb into the top two with two games to play.

Puel will be without Portuguese full-back Cédric as he continues to work his way back to fitness, while Shane Long, Matt Targett, Alex McCarthy, Jake Hesketh and Harrison Reed are also sidelined.

Former Cardiff man Gary Medel is also back in contention after missing the 1-0 defeat to Sampdoria through suspension, while Felipe Melo is out injured.

Stevan Jovetic, Joāo Mario, Geoffrey Kondogbia and Gabriel will not feature as they have not been registered in Inter’s Europa League squad.

Saints are unbeaten in their last six European home games, dating back to 1981, and are slight favourites to topple the Italians – something that would have been unthinkable seven seasons ago, when Saints were competing in League One and Inter were crowned champions of Europe under José Mourinho. 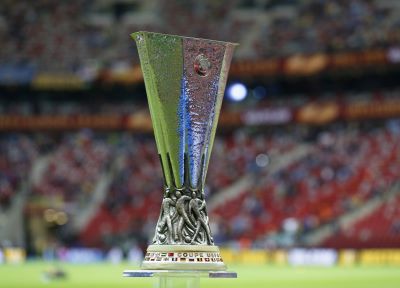 Find out when and where you can have your picture taken with the UEFA Europa League trophy.