Southampton welcome Everton to St Mary’s this evening for the first home Monday night fixture of the season.

The Argentine will see this home game as an opportunity to make a good early impression on the Saints supporters, as well as being an opportunity to avenge a 3-1 defeat in the reverse fixture up at Goodison Park back in September.

Pochettino is likely to have new signing Vegard Forren available to him with the Norwegian defender hoping to make his debut for the club following his arrival at Southampton last Friday.

With just two defeats in the last twelve Premier League matches, Saints are in decent form and remain 15th in the table, despite the teams below them having played a game more.

Everton go into tonight’s match having drawn nine of their last 16 league games, and 10 overall this season - only Stoke (11) have drawn more Premier League games.

They have won four times on the road this season and could close the gap to fourth placed Tottenham to one point.

Within the current squads the links between the two clubs include Danny Fox who was on the books of the Merseysiders as a youngster, whilst Adam Lallana is a boyhood fan of the Blues.

From Everton’s last visit to St Mary’s in 2005 which finished 2-2 manager David Moyes and full back Tony Hibbert remain with the Toffeemen.

Vegard Forren could be included within the squad for the first time since arriving last week.

José Fonte and Adam Lallana are likely to miss out, whilst striker Emmanuel Mayuka is away with Zambia for the African Cup of Nations.

Belgian international Kevin Mirallas is sideliend with a hamstring injury for the visitors, but defender Johnny Heitinga hopes to return after a two-game absence.

This was a regular league fixture in the top flight until 2005 though Saints’ last win on home soil against the Toffees came in 2002 when a Marian Pahars penalty proved the difference at St Mary’s.

Since then Saints have been unbeaten against the Blues at home, securing successive draws in 2004 and 2005.

Earlier this season, Saints were defeated 3-1 at Goodison Park. Gaston Ramirez opened the scoring on 10 minutes, but the Blues hit back with goals from Nikica Jelavic and Leon Osman to take all three points.

Monday's game is the 88th all-time meeting between the two teams. Everton have the upper hand with 43 victories to Saints’ 25. A further 19 games have ended all square.

Neil Swarbrick will referee the game, and he will be assisted by Mr S Ledger and Mr M Scholes. Lee Probert is the fourth official.

As with every First Team game, we'll be providing minute-by-minute coverage throughout the day on our official Twitter feed plus goal updates on our official Facebook page.

You can listen to live commentary courtesy of BBC Solent on Saints Player, where you can keep up to date with all the stats and scores from around the country.

Don’t forget, after the game there will be plenty more content on saintsfc.co.uk and Saints Player, so stay tuned! 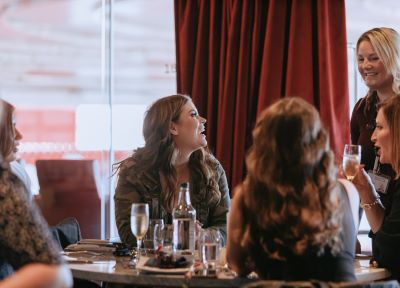